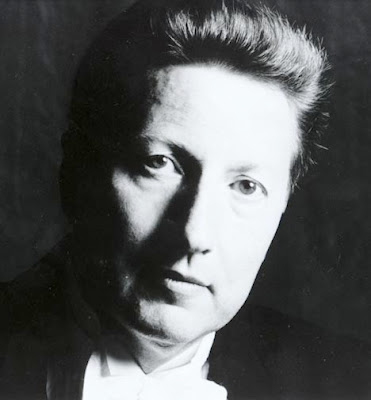 Leslie Howard
Die Fledermaus would not be complete without a guest appearance by a true virtuoso performer. LLO are delighted to announce that Leslie Howard, whose work includes the largest recording project ever undertaken by a solo pianist when he completed a marathon effort to personally record all of Liszt's piano works for Hyperion Records on 97 CDs, will play a piano concerto by Liszt, with the RPO accompanying, in the Gala scene in the middle of Act 2.
This all came about from an earlier concert that LLO produced in September 2008, Cycles at Cadogan Hall conducted by Madeleine Lovell. Leslie wrote to us complimenting the playing of the orchestra and Madeleine's conducting and made a passing remark saying,"I would be delighted to play a concerto here on this stage under Madeleine's direction". I remember thinking at the time that it isn't every day a world class concert pianist makes that kind of an offer (at the time I don't think he expected me to take him up on it so be warned...) but as LLO produced operatic concert performances I thought an opportunity would never come. Months passed and we decided to do Fledermaus...that is another story...Now normally in the gala scene famous singers will come out and sing a party piece and wow us with their vocal fireworks but the Leslie Howard idea was simmering away. Why not? Thankfully Amanda Williams at Amex Centurion Card liked the idea which was important as they are promoting us to their cardholders and Madeleine loved it. The only problem now was to twist his arm and remind him of an email he wrote in September.
I think I called Leslie just after Christmas 08, he probably thought I was mad but here we are. The title of the piece will remain a secret but rest assured Prince Orlofsky should be pleased.
More information about Leslie and his career can be found here
Leslie Howard playing Liszt's, "Cszardas S.225/1

ps No arm twisting was required. If you happen to see a smile on his face while he is playing Liszt with the RPO well...
pps Leslie's biography
Posted by London Lyric Opera at 10:03